The money taboo: isn’t it time we opened up about our finances? 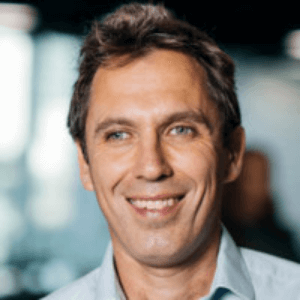 I’m sure everyone with an internet connection or a TV has come into contact with Lloyds’ recent ‘M-word’ campaign. It’s powerful stuff. Britain’s biggest taboo isn’t sex, religion or politics; it’s money.

Being asked ‘how much do you earn?’ is, for some people, enough to incite genuine feelings of fear, embarrassment, shame, and everything in between. And if you have the nerve to be the one asking, you might be deemed rude for posing such an intrusive question.

Unsurprisingly, 87% of the British public say they’d be uncomfortable if a stranger were to ask them to disclose their earnings. 1 in 5 of us have also lied about our salary, most often to our friends or partners.

But why does the money taboo still linger in the 21st century – when we’re making (at least some) headway in breaking down other social stigmas, like those surrounding sexuality and mental health?

Why is money treated differently? And why does it matter, anyway?

Perhaps you aren’t a big earner — you’re struggling financially and feel inferior to those better off around you.

Maybe you’ve got a bad case of imposter syndrome in your well paid job. You’re insecure about your recent pay rise and feel like you don’t deserve it.

Or perhaps you’ve been fortunate enough to inherit a sizeable estate from a late relative. You’re worried how this will be perceived by others as you haven’t made your money ‘the hard way.’

There’s no shortage of reasons as to why we prefer to keep our financial standing private, but the common denominator across the board appears to be the widely subjective perception of wealth.

With things like our physical health, we have universal benchmarks that we can use to judge ourselves (and, sadly, others). But when it comes to our financial fitness, it’s arguably harder to compare our ‘wealth’ (however that’s defined). Where should we be aiming?

And that’s often where the embarrassment comes in — we’re afraid of being judged according to someone else’s perception of wealth, not our own.

How many of us actually know what the national annual salary is? (£29,588) Or how much our peers and colleagues earn? True to British form, we might be too polite to ask.

We’re afraid to look at our own finances, too. The classic ‘FOFO’ (Fear Of Finding Out) strikes a lot of workers right before payday each month.

But this isn’t the case in some countries. Take Norway or Sweden for example. You can research the salary of anyone that has filed a tax return in minutes; any information about your salary or your income is completely public. You won’t be lambasted for asking how much someone earns either — social attitudes to wealth are refreshingly open.

What’s more, Sweden’s unadjusted gender pay gap (the difference between average gross hourly earnings of men and women as a percentage of male earnings) stands at 12.6% compared to the UK’s 20.8%. And with UK businesses hitting the headlines recently for failing to submit their gender pay gap reporting, maybe we could learn a little something from the Swedes when it comes to transparency.

It’s almost impossible not to think about money when we live in such a fast-paced, materialistic society. Money influences almost every part of our daily living, whether we’re aware of it or not.

It’s not surprising, then, that three quarters of UK adults regularly worry about their finances. And of those that are in debt, half also have a mental health issue.

The link between financial pressure and a decrease in mental well-being is an easy one to make. Perhaps if we all talked a little more about the reality of our finances, we’d be more likely to ask for help when we need it, rather than carry the mental burden alone.

It could pay to talk

Aside from lifting a great weight off your shoulders, becoming more open about money could have some far reaching financial benefits, too.

When it comes to some of life’s big questions – questions like ‘When can I afford to retire?’, ‘When can I pay off my mortgage?’ or ‘What do I want in life?’ – taking a transparent approach to your finances means you’ll be in a better position to answer them.

And it’s not just the immediate, foreseeable events you should be thinking about either. If the worst were to happen, would you or your family be covered financially? Would you be leaving behind a nasty 40% Inheritance Tax bill for your kids to pick up? Could you support your family if you had to stop work due to illness?

In order to put yourself and your loved ones in the best position possible to navigate the ebbs and flows of life, keeping quiet isn’t always the best approach.

Mum’s not always the word. And money doesn’t have to be a dirty one.

If you’d like to see how a financial planner could help, get in touch with us today.

How investors can come out of corona stronger