The Lifetime ISA: is it showing signs of life? 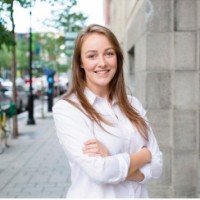 Since its inception in 2017, the Lifetime ISA (LISA) has been somewhat of a slow burner.

To this day, few providers actually offer it (13 to be exact), and its sluggish rise in popularity over the past two years has been a little underwhelming.

It was expected that 200,000 LISAs would be opened in its first year on the market, yet only 166,000 actually were. It was also expected that £3,500 would be the average amount saved each year into a LISA, but some providers, such as Skipton, say it’s actually about 20% less — £2,759 among their customers.

But could its fortunes be changing? Well, there are some signs that the new ISA flavour might be gaining in popularity, at least for one of its two intended purposes — buying a first home. With the Help to Buy ISA being phased out this year (which we’ll get onto a little later), the LISA now seems to be the most obvious alternative for first-time buyers.

So, is the Lifetime ISA finally showing signs of life?

Recap: what is the Lifetime ISA – and how does it work?

Unlike other types of ISAs (including the Help to Buy ISA), only those aged between 18 and 39 can open a LISA.

It’s a tax wrapper that allows those 18 to 39 year olds you to save up to £4,000 each year until they’re 50 — this can be as cash savings (where the interest you earn is tax-free) or as stocks and shares (where any investment growth is tax-free instead) — and get some free money for doing so.

A LISA can be used to buy a home worth up to £450,000. It must be your first time on the property ladder (anywhere in the world), and you have to be buying something you plan to live in — no renting.

If you’re buying with someone else, they can use their savings and earn the rewards, too. And while you can’t use it towards your next home if you’re already on the property ladder, a LISA can be used to help children (or grandchildren) get on it too.

If you haven’t used your funds to purchase your first home, you can start to withdraw your funds from the age of 60 onwards – and so it’s designed as another way of saving for retirement.

If you choose to take your money out before then, you’ll face a 25% charge — so you’ll lose your government bonuses plus an extra charge to your original savings. (If you’re using a LISA as a short-term savings vehicle, you could actually end up with less than you put in if you try to access your money before you’re allowed to.)

The only exception is one you’d rather not think about — if you’re terminally ill, with less than 12 months to live.

An alternative to Help to Buy

Given one of its two primary uses is to fund a first home, the Lifetime ISA is, not surprisingly, often viewed in the same category as the Help to Buy ISA.

With the Help to Buy ISA on its way out (no one can open one after 30 November 2019), it’s again perhaps not surprising that more people are turning to the LISA as an alternative.

According to recent reports, in the first three months of 2019 first-time buyers were seven times more likely to opt for a Lifetime ISA instead of its Help to Buy sister. 3,641 homes were bought last year with the help of a LISA.

In fact, 78% of all those who opened a Lifetime ISA in that period did so to save for a house.

So why does funding retirement remain the vastly more unpopular of its two intended uses?

No match for a pension?

While a 25% bonus is nothing to be sniffed at, it may not stack up so well against pension perks you might be entitled to from your employer.

Thanks to auto-enrolment, more workers across the UK are now benefitting from a workplace pension. Employers must contribute at least 4% to your workplace pension — and this isn’t capped at £1,000 per year like the LISA bonuses.

Additionally, any money you pay into a workplace pension is taken before tax. So you’ll end up reducing your income tax in the long run for a short-term salary sacrifice. And of course, you can continue contributing to your pension long after the age of 50 — something not possible with the LISA.

In light of these benefits, there may be a strong argument to say that if you have money to save towards retirement, you’re best off using it towards your existing pension.

Of course, if that’s not an option (perhaps you’ve reached your annual or lifetime allowance, or you aren’t working), then a LISA could be a useful and complementary way of planning for retirement.

Despite its slow uptake, the LISA does seem to be showing signs of life — for now at least.

With more first-time buyers eyeing up the Lifetime ISA as the Help-to-Buy is gradually phased out, the key to the LISA’s longevity might lie with millennials.

Considering that you have to be between 18 and 39 to open one, it’s expected that banks targeting younger generations with a digital and ‘on-the-go’ service are more likely to start offering the Lifetime ISA as a means of helping young first-time buyers.

As far as saving for retirement is concerned, things aren’t so clear cut.

What does the future hold for the LISA? Only time will tell.

How investors can come out of corona stronger

Who is set to inherit your pension?